A Historic Event On Long Island: The First Ever Givngo Fuel Gas Station

Woodbury – On May 22, Scott Stapp of Creed performed at the fifth annual Pink Tie event took place at Crest Hollow Country Club in Woodbury, New York. The event in its entirety was exceptional.
This philanthropic event in itself was a major success, and it raised money for the Don Monti Memorial Research Foundation. Ms. Caroline Monti Saladino, the president of the Don Monti Memorial Research Foundation, made an appearance on the pink carpet, and so did Mike Cave and Rich Cave, among others.

Scott Stapp stole the show by performing his classic hits from his multi-platinum-selling rock group Creed, which included his signature song “Higher” and his Grammy-winning “With Arms Wide open.” He also covered “Roadhouse Blues” by The Doors.

Comedian Chris Roach, best known from the sitcom Kevin Can Wait, remarked on the pink carpet, “It feels wonderful to be here.”

TiedIn Media served as its marketing partner, where Dean Spinato serves as its founder and president. This Pink Tie event featured media coverage from such outlets as News 12 (Elisa DiStefano), Ingrid Dodd, and Joanne Phillips of The J-Bird Universe at The US Press Association, among many others.

Overall, the fifth annual Pink Tie event in Woodbury on Long Island was absolutely remarkable. They say “it takes a village” and rightfully so. The team of people involved to make this event a reality deserves a round of applause for a job well done. The turnout was tremendous, and everything was top-notch from the food, to the Pink Tie auction, casino, entertainment, raffle baskets and Scott Stapp’s solo performance. Pink Tie 2017 garners an A rating.

For more information on Pink Tie, check out its official website. 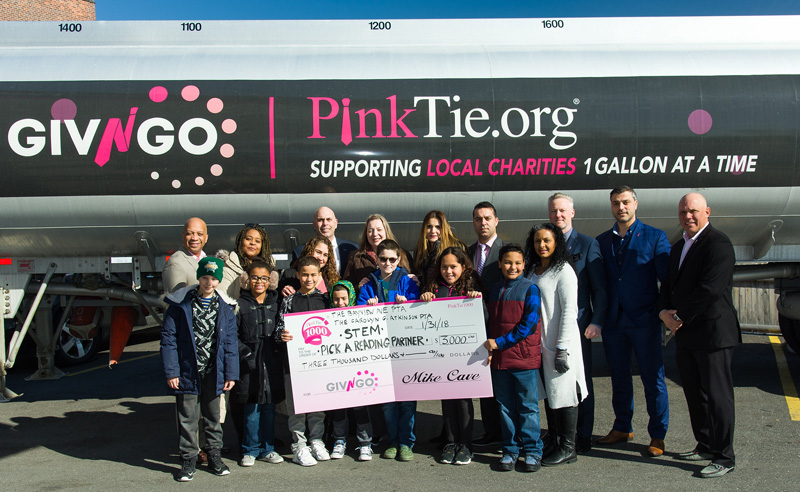